Here are Some of the best Upcoming Open World Games 2017:

We have had some pretty amazing open world action games in the past, view: click here

Now Its time for new, better and more realistic open world games. So, Here is the list of best Upcoming Open World Games 2017.

Spider-Man is an upcoming open world action-adventure video game based on the Marvel Comics superhero Spider-Man. It is being developed by Insomniac Games and is to be published by Sony Interactive Entertainment for the PlayStation 4 console. It will be the first licensed game developed by Insomniac. The game will tell a new story about Spider-Man and is not tied to a film or comic book. The game will cover both the Peter Parker and Spider-Man aspects of the character and will feature a more experienced Spider-Man.

Days Gone is an upcoming open world action-adventure survival horror video game played from third-person perspective in development by SIE Bend Studio for the PlayStation 4 and The Unreal Engine 4 is being used for the game development.
Players control Deacon St. John, a drifter and former bounty hunter who prefers to live a dangerous life on the road over living in wilderness encampments. The game takes place two years after a global pandemic occurred which killed almost all of humanity, and transformed millions of others into “Freakers”, mindless zombie-like creatures that are quickly evolving.

Edge of Eternity is inspired by the great JRPG (Japanese Role-Playing Game) tradition for the strategical turn-based combats and the characters progression and by the latest success of western RPG for the vast open worlds to explore and the non-linear stories, offering a universe blending fantasy with science-fiction, intense ATB battles and branching story.
In a few words, this game is all about exploring, building up your characters, fighting and living an adventure to remember.

RiME is an upcoming third-person view, adventure and puzzle video game. The game involves a boy who needs to escape an island and a curse. The game, played through the boy, originally involved puzzle solving in an open world island. The game design uses the island environment itself, and audio without a spoken narrative to tell the game’s story, a day-night mechanic with light influencing gameplay as well as visual appearance.

Developer: Warhorse Studios
Platforms: PlayStation 4, Xbox One, PC
Kingdom Come: Deliverance will be a single-player experience with branching quest lines and a highly interactive world encouraging emergent gameplay. Kingdom Come will feature period-accurate armor and clothing, combat techniques, and real-world castles recreated with the assistance of architects and historians. The game will also contain period music recorded by Czech masters, taken note for note from medieval song books.
It utilize a classless role-playing game system, allowing players to customize their skills to take on roles such as a warrior, bard, thief or something in between. Abilities and stats will grow depending on what the player does and says through branched dialogue trees. During conversations the time a player takes to make a decision is limited and will have an effect on their relationships with others. Reputation will be based on player choices and therefore can bring consequences.


Released worldwide in March 2017. It is the fourth entry overall in the Mass Effect series and the first since 2012’s Mass Effect 3. The game begins within the Milky Way Galaxy during the 22nd century, where humanity is planning to populate new home worlds in the Andromeda Galaxy as part of a strategy called the Andromeda Initiative. The player assumes the role of either Scott or Sara Ryder, an inexperienced military recruit who joins the Initiative and wakes up in Andromeda following a 600-year journey.
Mass Effect: Andromeda has a lighter tone than previous installments in the series, with open world elements and an emphasis on exploration. Many of the series’ traditional gameplay elements remain, while others have been modified, such as combat, which is less cover-based and more mobile.

Sniper Ghost Warrior 3 is a modern-day first-person tactical shooter, similar to its predecessors. The game is designed to be less linear than Ghost Warrior and Ghost Warrior 2, since the title is the first in the series to feature an open world. The open world is scattered with different activities and side missions which are known as “war crimes”. These can be completed by players if they are not playing the main missions.
The player takes the role of Marine Captain Jonathan “Jon” North, who, along with his brother Robert, is sent to the Russian-Ukrainian border to destroy an abandoned stockpile of Soviet-era bio-weapons before they’re stolen by terrorists. The two succeed in their mission, but are ambushed by an unidentified group of special forces soldiers, led by a man named Vasilisk who plays a game of Russian roulette with Jon before knocking him out and capturing Robert.

Sea of Thieves is purported to have elements of first-person gameplay and features user-generated content, in which players have the ability to craft their custom stories by using in-game tools. The game will feature co-op gameplay, and is set in an open world multiplayer environment. The game is currently being tested in closed alpha sessions through the Sea of Thieves Insider Program.
The game is set in a pirate world. A player joins a crew, (either via matchmaking or by inviting friends) and sets sail on a pirate ship to experience different kinds of adventures and activities together.

Shadow of War is a third-person action role-playing game set in an open world environment, following from its predecessor, Shadow of Mordor. The players controls a character named Talion, who has several natural athletic and combat abilities as a ranger of Gondor, but also has unique abilities provided by the spirit of the elf lord Celebrimbor, who he shares his body with.
Shadow of War continues the previous game’s narrative, based on J.R.R. Tolkien‘s legendarium with events occurring between those of The Hobbit and The Lord of the Rings. Like its predecessor, the game also takes heavy inspiration from director Peter Jackson‘s The Hobbit and The Lord of the Rings film adaptations. The player continues the story of the ranger Talion who shares his body with the spirit of the elf lord Celebrimbor, as they use one of the Rings of Power to amass an army to fight against Sauron and his Nazgûl forces. The game builds upon the Nemesis system introduced in Shadow of Mordor, allowing Talion to gain Followers from several races of Middle-earth including Uruk-Hai and Olog-hai and plan out complex strategies using these to complete missions.

Vestige of the Past is a an open world game in which you are exploring an immersive world of alternative presence and trying to survive in an almost familiar but oddly different place. What is behind that contrast between what your eyes are telling you and your gut feeling? Well you will have more pressing matters to worry about at the beginning.
First you will need to learn how to survive and make decisions that you might not be proud of. Or perhaps you will take such decisions you won’t need to be secretive about. It’s all up to you. Either way, you will be the one who will have to deal with the consequences.

Let us know if we missed any Upcoming Open World Games to be released in 2017 itself. Also let us know which game you are waiting to play. 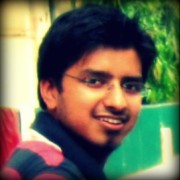